Leave The Frog For Last

Neurotypical advice for ADHD is not always great.

This was originally a thread on Twitter; you can read the original here, but this one has been lightly edited for grammar and clarity, plus I added a pretty rad picture of a frog to it.

Update 2022-05-16: Thanks to some reader feedback I have updated the conclusion to note an example where this advice can productively apply to some ADHDers.

I’m in the midst of trying to unlearn a few things about neurotypical productivity advice but this is one I’ve been thinking about a lot:

One of the best things you can do is unlearn axioms like "eat the frog first" and find what actually works for you.@adhddesignerhttps://t.co/lcd74rIDwb

“Eat the frog first” is particularly toxic advice for ADHDers. 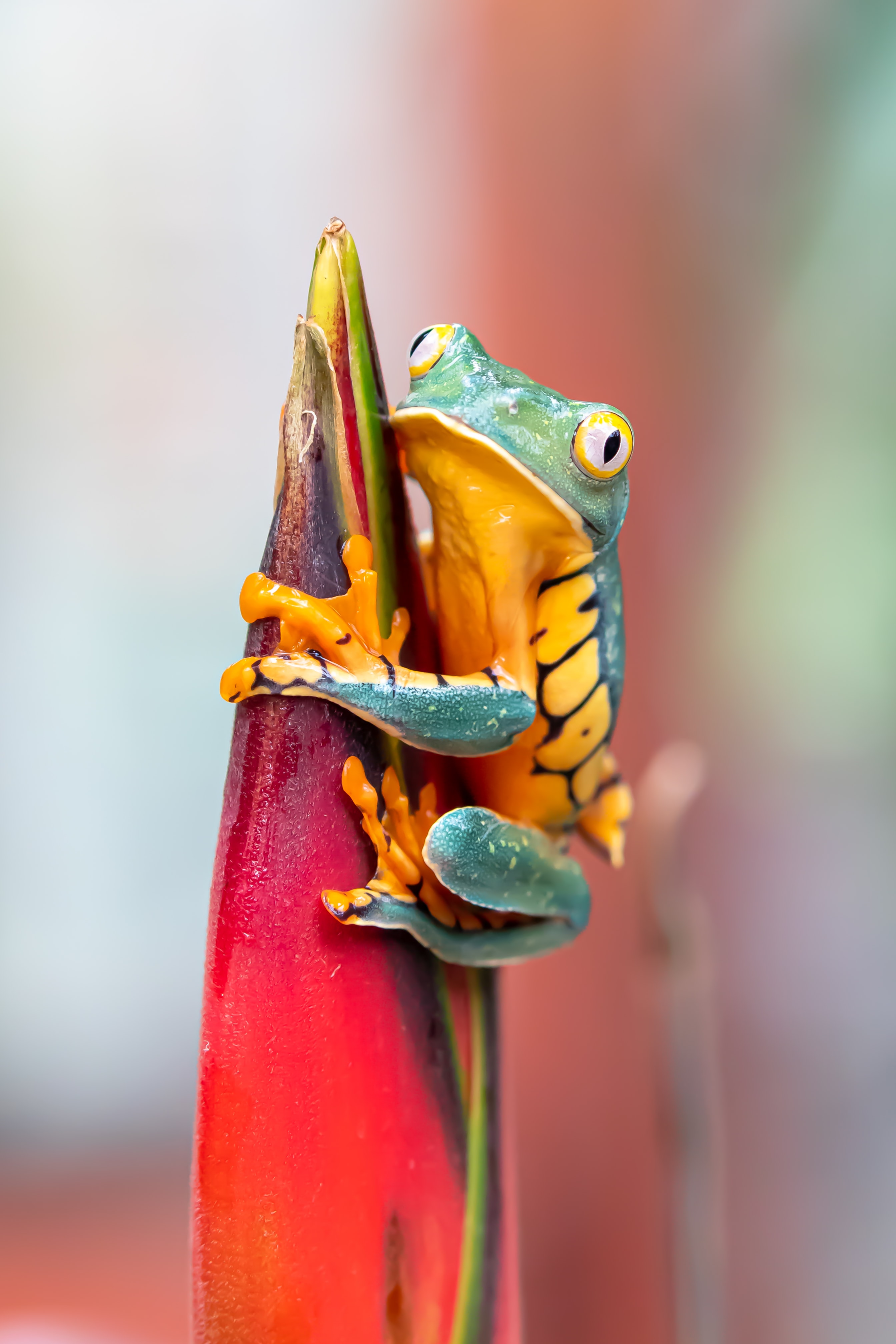 Photo by Stephanie LeBlanc on Unsplash

First, for anyone who happens not to know already: “eat the frog first” is a technique which involves finding the task you’re most likely to ignore or put off, and doing it first in your day to ensure that you don’t avoid it.

For a neurotypical person, eating the frog first makes sense, which is of course why this advice exists in the first place. If you’ve been avoiding a task, put it first in your day when you’re going to have the most energy, and use the allure of the more fun tasks later to push through it.

The premise of this advice is that you rely on the promise of delayed gratification—and the anticipated inherent satisfaction of having completed the boring and unpleasant thing—in order to motivate you to do it.

Here’s the problem for ADHDers: ADHD is literally the condition of not generating enough dopamine, which means delayed gratification is inherently more difficult for us. The anticipated inherent satisfaction is less motivating because it’s less intense, on a physical level.

An ADHD brain powering through tasks needs momentum. You need to be in a sufficiently excited state to begin doing things. A bored, dopamine-starved ADHD brain is going to be clawing at the walls looking for ANY dopamine-generating distraction to avoid thinking about the frog.

Of course where dopamine won’t do, there’s always adrenaline. Panic can trigger sufficient states of activity as well, although the stress is unhealthy and it’s less reliable in the absence of a real, immediate threats that you can’t ignore.

So what frog-first ADHD days often look like (particularly for adult ADHDers) is a slow slog of not really doing anything useful, while stewing in increasingly negative self-talk, attempting to generate the necessary anger and self-loathing required to truly panic about the frog.

Unfortunately this type of attempt at internal motivation is more likely to result in depression than motivation, which creates a spiral that makes the problem worse.

The neurotypical’s metaphorical frog is just sitting there, waiting to be eaten. Maybe they’ve been avoiding it because it’s a little gross, but fine, they can exert a little willpower and just do it, and move on to more pleasant activities. But the ADHD frog is running away.

Trying to use the same technique just results in the ADHDer sitting in the swamp where the frog used to be, chugging ever-increasing volumes of toxic mud in the hopes that we’ll find a frog in there. Sometimes we even find one! But that’s not success.

At the end of the day, the metaphorical frog does need eating; that’s what makes it a frog. What is the conscientious ADHDer to do?

Unfortunately, there is no singular, snappy answer; difficulty with this type of task is the impenetrable core of the “disorder” part of ADHD. It’ll always be difficult. But there are definitely strategies which can make it relatively easier.

None of these are guaranteed to work, but I am at least reasonably sure that they won’t build a spiral into guilt and depression:

It might literally be better to start the day with something actively unproductive, but fun, like a video game, although this can obviously be risky. For this to work, you need to have very good systems in place.

Start the frog at the end of the day and deliberately interrupt yourself when you stop work. Leave it lingering so some aspect of it annoys you and it distracts you at night. Start the next day pissed off at and obsessing over murdering that piece of shit frog as soon as you can get your hands on it.

This technique is also good because at the end of the day you only need to push yourself just hard enough to load the task into your brain, not all the way through it.

Remember that while “stimulated” doesn’t have to mean “panicked”, it also doesn’t need to mean “happy”. Sometimes, annoyance or irritation is the best way to ensure that you go do something. Consider, for example, the compelling motivation of reading a comment on the Internet that you disagree with.

Overall the distinguishing characteristic of toxic productivity advice is that it makes you spend more time feeling bad than doing stuff. It substitutes panic for healthy motivation, and low self-esteem for a feeling of accomplishment.

The most important point I am trying to make is this: when you take productivity advice — even, or perhaps especially, from me – try to measure its impact on your work and your mental health.

To that point, one piece of feedback I received on an earlier iteration of this article was that, for some ADHDers on stimulant medication2, eating the frog first can work: if you take your medication early in the morning and experience a big, but temporary, increase to executive-function 30 minutes later, being prepared to do your frog-eating at that specific moment can have similar results as for someone more neurotypical. This very much depends on how you specifically react to your medication, however.

So, if eating the frog first is working for you, by all means keep doing it, but you have to ask yourself: are you actually getting more done?

© Glyph 2022; All Rights Reserved Excepting Those Which Are Not.
See my disclosure statements for information on my interests, financial and otherwise.